If you're looking for a complicated dissertation on what it takes to be an actor, then The Understudy, a novel by Ellen Tovatt Leary, is not for you. Though if you happen to prefer something which combines elements of a Harlequin romance ("her heart plunged like an elevator that slipped its cable") and a virtual love letter to the theatre, get set for an enjoyable read. 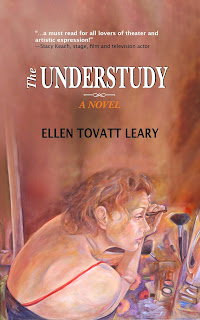 Nina Landau, a 32 year-old New York actress, has toiled for more than a decade in stock, regional and Off-Broadway venues, but has yet to make her Broadway debut. However this may all change when she lands an audition for a new comedy set to open on the . Trying out for the female lead, she is instead offered the chance to understudy the role; along with playing a minor character with only one line. At first Nina is hesitant about taking such a part, which she see as beneath her, but after fervent urging from her close friends, she agrees.

Leary toiled for years in the theatre trenches and clearly knows of what she writes. She taking the story, with the starting point the terror that comes from an important audition - a process Nina refers to as being led to the gallows - to the frantic yet controlled chaos of the rehearsal process, all the way to a Broadway opening night and beyond. Each step along the way filled with dozens of details about the theatre. Such as insights on theatrical superstitions - i.e. never quote from Macbeth or even say the title aloud - to an exploration of the different techniques actors use to understand their characters. As well as a discussion of just how important the job of an understudy is to the production at large. All of this information delivered in an easy, conversational manner, without ever feeling tedious or overly descriptive.

Hand-in-hand with this intricately crafted atmosphere is Nina's budding romance with Matt Ryland, the show's leading man. A known name in television circles, he and Nina are instantly attracted to one other. While Nina has a string of failed love affairs behind her, and recently turned down a proposal from her on-again, off-again boyfriend, she begins to see Matt as the person she is truly meant to be with. Now if she could only get over her phobia of commitment, and the fear that just when she has everything she's ever wanted, it will all be taken away. It doesn't help that Matt is bringing his own emotional baggage to the relationship. Including having a girlfriend in .

The Understudy takes place in the 1970s and the material gives off just the right nostalgic feel. Though there are some items that will probably have to be explained to younger readers, such as bus tokens and answering machines. The book also offers a loving salute to , with vivid descriptions of places ranging from and Broadway - complete with traffic patterns - to and the Metropolitan Museum of Art. 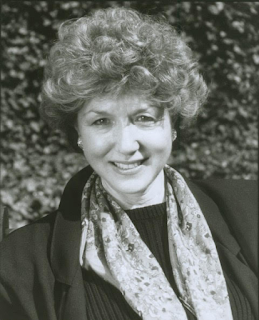 One can also find certain moral lessons present in the text. In particular, the realization no relationship is always filled with fun and passion. The author pointing out how everybody has their own personal issues to deal with and, in order to make things work, one must take the good with the bad. As Nina's best friend remarks, "pain is the price we pay for love... [b]ut it doesn't mean it isn't worth it". Another avenue explored is what can happen when one is unprepared to deal with sudden success, and the resulting turmoil that can occur. Leary also includes several harsh theatrical realities in her tale. Including the need for a show to have a star as the lead in order to draw ticket buyers, and the importance of receiving a good review in The New York Times.

While a good portion of the plot, not to mention many of the characters, does play out along predicable lines (yes, Nina eventually goes on for the star; and yes, the show's company includes a temperamental actress and a womanizing director), Leary takes the overall tale much further. The story exploring what happens after "happily ever after", when it comes time for both Nina and Matt to move on to other jobs. These changes causing Nina to wonder if she and Matt can manage a long-distance relationship. Tied in with this is a detailed account of a summer theatre tour which does not go at all well. The company traveling by bus from one motel to another, and where what passes for a good meal is often whatever food can be had at a local bar.

Though the story itself is quite engaging, the characters themselves are a little thin. Other than Nina and Matt, none of the others come close to being three dimensional. Even much of Matt's backstory is revealed in a way that feels just a bit too contrived. Still, the overall tale works well enough to hold the reader's interest.

Part theatrical love letter and part romance novel, The Understudy shows that while true love is never completely perfect, it can come pretty darn close if all parties involved are willing to work at it.