John Patrick Bray (Ph.D., Theatre, LSU; MFA, Playwriting, Actors Studio Drama School at New School University) has written plays under grants from The National Endowment for the Arts and the Acadiana Center for the Arts, and he has earned commissions from organizations in Louisiana and the Off-Off Broadway. He is a Resident Playwright with Rising Sun Performance Company (NYC/Off-Off Broadway), a member and moderator of the Athens Playwrights’ Workshop, director of Rose of Athens No Shame Play Reading Series. He has been a Finalist for the 2013 Ingram Playwriting Fellowship at Tennessee Repertory Theatre and a Finalist for the 2010 Playwriting Residency at The Hangar Theatre. John’s works have been produced Off-Off Broadway (including productions with the Samuel French Off-Off Broadway Festival and Planet Connections Theatre Festivity), and in venues around the country. He has publications with Next Stage Press, Smith and Kraus, Applause, JACPublishing, Heartland Plays, Indie Theatre Now and The Riant Theatre. John is a member of The Dramatists’ Guild of America, Inc., and he is an Equity Membership Candidate.  John’s scholarship focuses on new play development and production, and geek theatre. He has essays in Theatre Topics, New England Theatre Journal, Theatre Symposium, Texas Theatre Journal, and Platform (UK), as well as a book review in Journal of Screenwriting. His textbook, Inciting Incidents: Creating Your Own Theatre from Page to Performance is available with Kendall Hunt Publishing. Currently, John is a Lecturer in the Department of Theatre and Film Studies at UGA and will begin as Assistant Professor of Dramatic Writing this fall. For more, visit: http://johnpatrickbray.webs.com/

The Phantom of the Opera with puppets and madness! Sculpted for a downtown NYC audience, and those who love their theatre with a side of iron bars and irony.

I am absolutely in love with the various versions of the story that already exist. It's so deliciously melodramatic, so over-the-top. My favorite adaptation (and one of my favorite films since age 8) is the Lon Chaney silent movie. It haunts me to this day. I hope to add a new dimension to the story, to help usher it into the 21st century by paying homage to the myriad of adaptations out there while problematizing (there's a PoMo word!) inequality of the sexes.

Folks who embrace theatricality, absurdism, first-wave avant-garde, Phantom of the Opera; all kinds of folks (but, uh, leave the kids at home ;))

What shows are you planning to see at FRIGID?

Whatever I can when I'm in town!

I'm moving from lecturer to assistant professor of dramatic writing and theatre appreciation at the University of Georgia. I have a new play I'm hoping to develop in Athens and in NY. Hopefully, second unit shooting will be wrapped for LINER NOTES, a screenplay based on my stage play co-written with my brother which he is also directing. And I'm writing a book chapter on Hank Azaria's portrayal of Marc Blitzstein in Cradle Will Rock, the 1999 Tim Robbins film. Also in April, I'm hosting a Playwrights' Weekend with the Rose of Athens Theatre and Athens Playwrights' Workshop in Athens, GA.  So, a bunch of stuff on the horizon!

Favorite theatre professional? Too many to list! See "influences".

Current show you would love to be involved with? What's Rachel Klein got going on?

Your dream show to be involved with? I would love to have another NYC production of my play HOUND. It's available for licensing with Next Stage Press, and you can read it on Indie Theatre Now.

Who would you most like to have a chance to work with? Robert Wilson.

Your best theatre experience? My own? Too many to list. As an audience member? Robert Wilson's production of A Dream Play at the Brooklyn Academy of Music in 2000.

Person you’d most like to thank for getting you where you are today?  YOU!


To find out more about Erik, visit the FRIGID New York website. 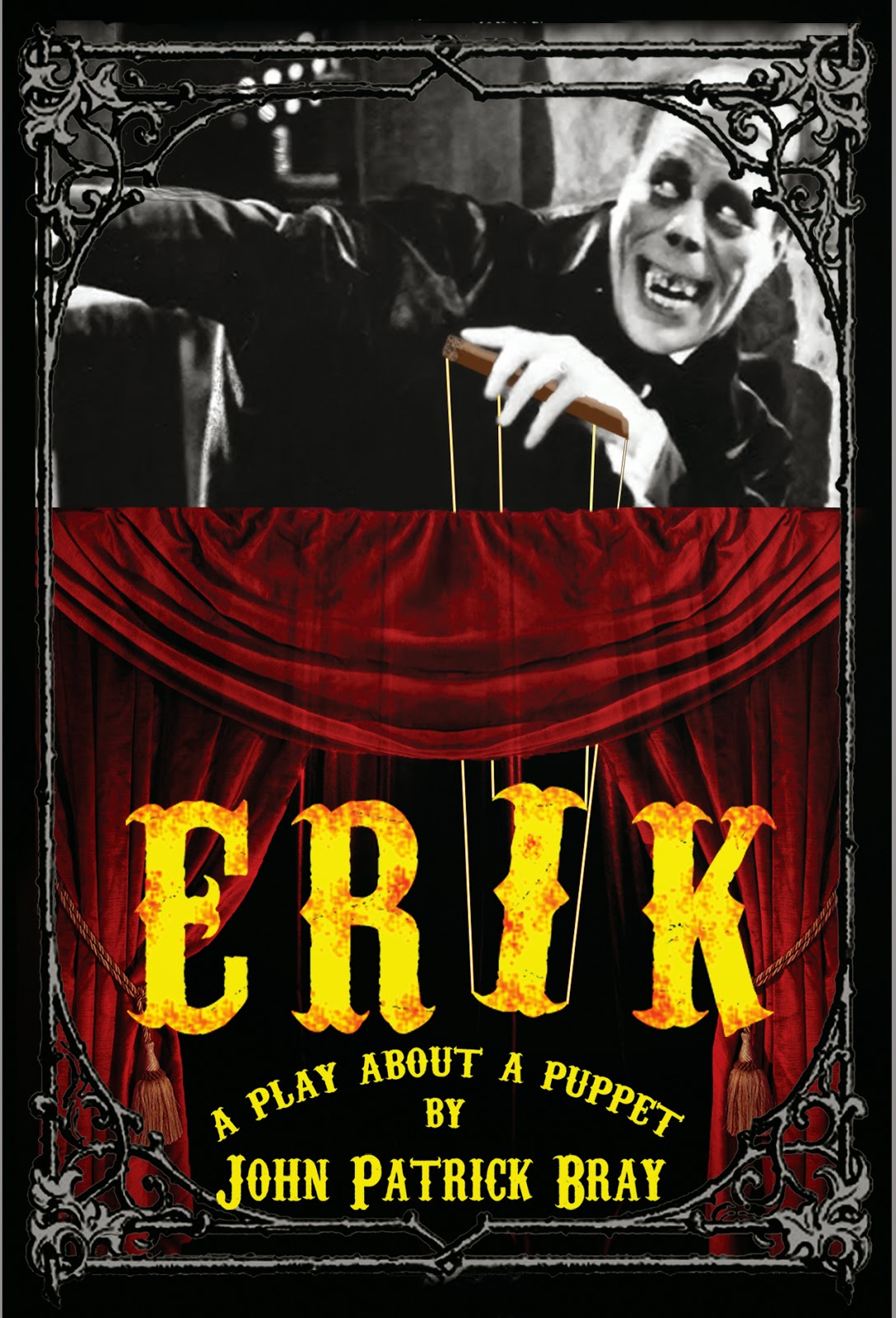