Gregg Barrios is a playwright, poet and journalist. He is a 2013 USC Annenberg Getty Fellow, and serves on the board of directors of the National Book Critics Circle. He has received a CTG-Mark Taper Fellowship, a Ford Foundation Grant, and a 2013 Artist Foundation Grant for his theater work. His play, I-DJ, premieres at the 2014 NYC Frigid Fringe Festival. He is collaborating with actor and filmmaker James Franco on a book of his experimental work in poetry and film.

I-DJ centers on a gay Mexican-American DJ / actor who spins the soundtrack of his life on the dance floor by night and by day performs in a send-up of Shakesqueer's Ham-a-lot set to a dub-step beat of ecstasy, tainted love, Rollerena and Herb Alpert. When a younger DJ challenges him to a musical standoff, their stories and music collide. Only one will survive. 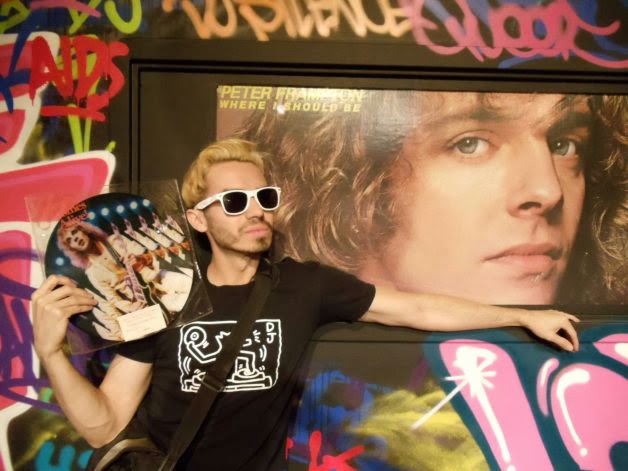 I wanted to write about the DJ music scene and also about the rich theatrical works that emerged in the late 1970s, early 1980s. I was an arts journalist at that time in Los Angeles. So I covered those beats. I was also interested in how the LGBT community of artists faced the plague years – how bravely and fiercely they confronted it. And how this virus decimated many of our finest artists in the midst of a creative period of their lives and who would never be able to finish their life’s work.

We have a lively theater scene in San Antonio, TX. I am part of The Overtime Theater Company. We premiered the work there. For the FRIGID, the Woodlawn Theatre across town provided facilities and loaned us their AD Greg Hinojosa to direct this version of I-DJ. I call it the bare bonez remix.

Gosh, I’d love all those wonderful folks that lived through that era covered in the play – a testament to their humor and courage in the face of outrageous fortune.

Show you would love to be involved with?  Baker’s The Flick.

Worst theatre experience?  I prefer to forget them.

Person you’d most like to thank?  Rollerena, the legendary New York City street performer. I saw her once in her full regalia. I dedicate I-DJ to her. I hope she comes to see the show.