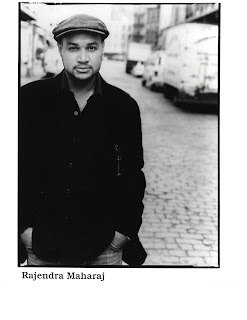 What was the genesis of The Little Rock Nine Project?

Tell me a little about what the audience can expect to see at this concert?

A soul-stirring concert that blends together original poems, music and monologues that will warm your heart and touch your soul.


Original member of the Little Rock Nine, Ernest Green, will be attending the performance. How did he come to be involved?

He is a mentor and friend of mind.  He heard about the project and wanted to support me and the kids.

Speaking of the kids, what was it like working with members of the Camp AmeriKid Leader-in-Training program?

It was one of the most important, inspiring journeys I have had in my life.  It's changed my artistic DNA!

If you could say one thing to your potential audience about this performance, what would it be?

You will learn about history and realize that each of us have the power to change the world, just like the Little Rock Nine did in 1957.

Rajendra Ramoon Maharaj is an Indo-Caribbean American artist, educator and activist.  He is the Producing Artistic Director of Red Shirt Entertainment (www.redshirtentertainment.com) and has numerous directing/choreography credits.

He is the founder of a children’s arts group “Be, Do, Fly” that provides free performing arts access to children in need across America. Maharaj is the founder and the artistic advisor of River Voices, an African American Latino playwriting festival in collaboration with Arkansas Repertory Theatre.  He is also an artistic consultant for the Arkansas Repertory Theater. Maharaj has been featured in American Theatre Magazine, Yale Review, New York Times, The Star Ledger, The NAACP Crisis News, Chicago Sun Times, Ebony, Arkansas Times, Uptown Magazine and has been featured on the Hot List as a New York Theater Artist to Watch, Amsterdam News and Variety for his work in the American theatre.
Byrne Harrison at 9:44 PM
Share