Planet Connections Interview - Scott Kesselman of "Attempts On Her Life"

An English professor, during my freshman year, suggested I try out for the theatre and I thought, why not? I auditioned and got a role in a short play by Shel Silverstein and it opened my eyes to this whole wonderful world of staged theatre.

I draw a lot of inspiration from music - it turns over and over inside me creating questions, forming dialogues, and telling stories. If a picture is worth a thousand words a song is worth a great deal more.  Some names the stand out to me now are Keith Emerson, Miles, 'trane, Mozart, Yes, and Keith Jarrett, as well as, for this piece, the performance artist Karen Finley.

Our play reduces the human condition to its raw components analyzing the inefficiencies of language in expressing out emotions and exposing self perception as at distance from the real world.  Real world being one obeying the rules of physics and empirical knowledge exists outside the self.  The play exists in a reality personal to one woman, a reality that is driven by desire and conversely disappointment and showcases that one's reality can never match another's.

What inspired you to direct it?

I wasn't truly inspired to direct this play until I had read through the entire play.  Upon completion I marveled at the uniqueness and paradoxical randomness of how each scene flowed to the next.  I also enjoy the challenge of developing characters from a set of thought presented on a page with no labels.

My biggest collaborator on this project was Janelle Zapata. We've been working together for almost 3 years now.  She introduced me to the script and has been there to shoot ideas back and forth with since day one.  She is also a co-producer and one of my actors.  I cannot say enough about the job she does.  Truthfully everyone involved in this show is a great collaborator.  Even my actors all bring something to the show and their characters that I wouldn't have seen.

Our charity is the National Alliance on mental Illness.  We chose this organization because of it's grassroots nature and attempt at creating a different atmosphere around mental illness.  Our play also delves deeply into the human mind and the intricacies and oddities of thought and touches on suicide and other themes of mental illness.  Blacknote Theatre wants to help support those with mental illness, remind you that you're not alone and many people out there are struggling too.  Up to one in four adults battles mental illness.  In this period of rapid growth and change in the human world, our minds, which are evolved for tasks it incurred 50,000 years ago, are many times not equipped to handle the turmoil of modern society.

I am trying to work on an original play right now and I also hope to release some original music at some point.  I want to continue to direct with  Blacknote Theatre as their love of unconventional texts and no apologies brand of script-based performance art is too appealing to pass on.

If you could do one thing to change the world, what would it be?

To stop intolerance.  We're all human with the same unbelievably adaptive minds and with the same flaws as well.  No man is any greater or less than any other man.  We are just people winding out ways through life - the same Genome - all brothers, and yet we harm our brothers because of intolerance - because they don't look like us or talk like us or think like us, but then again, who is doing the thinking in a group? 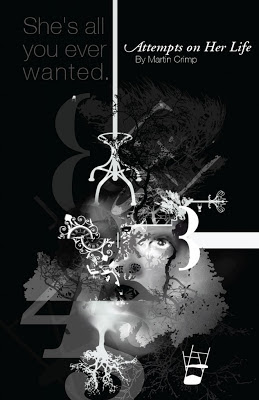