When I say I have a solo show going up people ask me if I’m in it.  Let me be clear.  I wrote a solo show for someone else.  I will not be in it.  This is not my tell-all autobiographical show about my time working for Tyler Perry.  (I signed a confidentiality agreement.)  It’s not a play about my childhood, which, let’s face it, wasn’t particularly interesting.

Instead I wrote a show for an actor/director I love named Daniel Irizarry.  He is, to put it mildly, a movement genius and a highly watchable man.  I’ve been wanting to work with him for years since we went to grad school together but I couldn’t figure out how to cast him in any of my plays so finally, I wrote one for him.

Daniel plays UBU, The King of The Great Expanding Universe and an UBer-CEO.  In the play, we watch him eat steak.  (It’s fun to watch him eat steak, I promise.)  He’ll also do a lot of other things, some of them disgusting, all of them electric.  There is a puppet, some poetry, swordfighting, music.  About what you would expect from a play very loosely based on Ubu Roi but fixed in a world with an alternate visual vocabulary.  It’s pretty crazy.  I’m having a great time watching it all happen and I think you will too. " 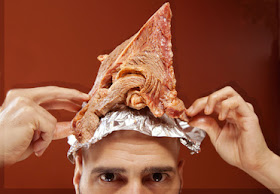