I took a class with Craig Lucas at the Flea and realized, as an aspiring novelist who only liked writing dialog, I was really a playwright.

The plays which have affected me the most are Glass Menagerie, Death of a Salesman and How I Learned to Drive.

What is Hummingbirds about?

It features the young people who fly pilotless drones for the CIA. They are recruited because they are good gamers, and in effect they work for a dotcom which is in the killing business. They sit in suburban offices and fly warplanes in foreign countries.

I was fascinated by the life of individuals who press a button and fire a missile thousands of miles away, which watching the target on a screen. On the one hand, they are desensitized by the thousands of hours spent playing realistic computer games; real violence has become indistinguishable from fake violence as the latter becomes more realistic. On the other hand, they have to deal with the emotional impact of knowing, however good their emotional defenses, that they have really killed people. And often enough, the wrong people. Incorporated in the play is an echo of a real incident which happened circa 2002, when the anonymous pilot of a Predator fired a missile which killed a hapless scrap dealer who happened to resemble bin Laden.

I appreciate the festival's alert activism and interest in the condition of the environment and our society today. It motivates me to bring plays which have a political and ethical element, what I think of as "Planet plays".

Planet Connections donates a portion of the box office for each show to a charity. What charity has your production chosen and why?

We chose Amnesty International because of their role in attempting to free and protect political detainees everywhere.

And finally, if your play was food, what kind of food would it be?

It would be a spicy jambalaya with chicken, turkey sausage, and okra. 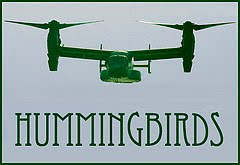