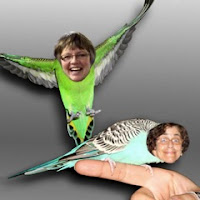 Tell me a little bit about your cabaret.

This Cabaret evening presents all clowns who are all over fifty. It will be a variety night including mime, juggling, music, and dance hilariously presented in an evening full of fun!

What inspired you to put it together?

A friend made an off the cuff remark, when we were discussing the upcoming festival, "We should do an evening of clowns over fifty!" I took it as a joke at first. But the more I thought about it, the more it made sense - often, most of the performers in the festival are young, at the beginning of their careers. It would be great for them to see that one can have a lifelong investigation in this art form. I wanted to showcase vital, talented people who are still performing, without taking themselves too seriously.

What is your clowning background?

Since 1978, I have studied with master teachers of all aspects of clowning: Tony Montanaro, Bob Berky, Avner Eisenberg, John Towsen, Richard Pochinko, Yury Belov, Dominique Jando. In 1986 I began working with Big Apple Circus as part of their Clown Care Unit--bringing the joy of circus and individualized theatrical moments to hospitalized children. This broadened my experience and was my laboratory for developing character, timing, dynamics and most of all authentic audience connection. For the past 15 years I have been the National Creative and Educational Coordinator for Big Apple Circus Clown Care. I audition, train and oversee the ongoing artistic development of over 80 clowns in programs nationwide. I performed my solo show, Veni Vidi Vici, in the Kansas City and Long Island Fringe Festivals in 2009. I performed in and was a part of the production team of the First (and Second) New York International Clown Theatre Festival (1982 and 1985). I performed in the 2006 Festival, blogged for the Festival in 2007. This year I am directing short acts in all three Thursday late night Cabarets: Barbara Michaels as Cliff in Rake and Roll, Tanya Solomon in Cloris Flap, and Jonathan Kaplan in Le Fleur. As well as hosting and curating the Half Century Extravaganza.

What would you tell someone who is afraid of clowns to get them to come to your show?

The image that most people picture when a clown is mentioned is a character that was created to perform in a huge arena. A good clown adjusts her energy and her look (make up, costume) to fit the size of the space in which she is performing. Many of the clowns in our Cabaret do not wear the traditional red nose. However they still embody the spirit of clown: one who struggles with all the faults and obstacles of human beings. Clowns get embroiled in their problems and find creative ways to solve them. They allow us to laugh at ourselves.

What is next for you after the New York Clown Theatre Festival?

I am developing a new show, BURIED ALIVE!--Matchbox Theatre, a comic investigation of the history of our worst fear. I have researched the mania of this fear during the 18th and 19th century, and the curious phenomenon of European "waiting mortuaries." I am hoping to make the connection between that history and our continuing dilemma--identifiying when someone is really dead. It is all made of and played in matchboxes. Intimate, interactive, tiny and very macabre.