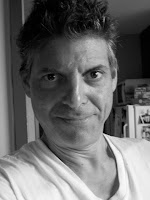 Phil Soltanoff is a New York-based theatre artist. His most recent work i/o, created in collaboration with sound artist Joe Diebes, fuses sound installation, physical theatre, and opera. i/o premiered at Theatre Garonne in November 2008. Original and site-specific creations include to whom it may concern (BITEF-31), Strange Attractors (Mass MoCA), five movements for people and sound, TIME/PIECE, wrench, Experimental Actions (Mass MoCA), Peter Handkeʼs The Hour We Knew Nothing of Each Other and LEMNATION (Mass MoCA). In 1999, Soltanoff teamed with performing artist Hanne Tierney to create five myles, an alternative performance/exhibition space in Brooklyn. They received an OBIE Award in 2000. Since 2002, Soltanoff has created two works in collaboration with Aurelien Bory and CIE111 (Toulouse, France). Their two collaborations, PLAN B and MORE OR LESS, INFINITY have performed around the world including Theatre Garonne (Toulouse),
TNT (Toulouse), Kampnagel (Hamburg), Eurokaz Festival (Zagreb), Trafo (Budapest), Vidy Theatre (Lausanne), Centro Belem (Lisbon), Pina Bauschʼs NRW International Dance Festival (Dusseldorf), Maison de la Danse (Lyon), Queen Elizabeth Hall (London), Patra Vadi (Bangkok), Theatre de la Ville (Paris), BITEF-42 (Belgrade) and the New Victory Theatre (NYC) among others. LA Party has appeared at the Prelude Festival, Under The Radar Festival, Fusebox Festival, and The Collapsable Hole. Upcoming projects include a commission to create an original work for The Center Theatre Group in LA, a new site-specific performance for SIGHTLINES, and a new collaboration with Joe Diebes and Mac Wellman. Mr. Soltanoff was nominated for a Moliere Award in 2007. His work is dedicated in loving memory to his wife, Stephanie Mnookin.

David Barlow has written other true-life stories to be performed. As an actor, his collaborations with Phil Soltanoff include: i/o (Theatre Garonne), Experimental Actions (Mass MoCA), and to whom it may concern (BITEF-31). Off-Broadway: Rinde Eckert's Horizon (New York Theater Workshop), Scenes From An Execution (Potomac Theater Project), Mycenaean (BAM), Romola and Nijinski (Primary Stages); Oroonoko, Andorra and Saved (Theater For A New Audience), The Seagull (Roundtable Ensemble), and Smashing (The Play Company). Regional/International: King Lear (Kansas City Rep), On The Jump (Arena Stage), This Is Our Youth (Philadelphia Theater Co.), Bauern Theater (with dir. David Levine in Germany) and Babel (Avignon International Theater Festival). TV: "Without A Trace," "Third Watch,” "All My Children." Barlow earned his MFA at NYU.

Your press release for LA Party had me hooked from the line about a fanatical vegan falling off the wagon and going on a bender. Tell me a little bit more about your show.

David: I wrote LA Party a year ago. It takes place at my wild cousin Jon’s 30th birthday bash in LA at a time when I was just emerging from a long period of being rather hermetic and a strict raw food vegan. The story describes the extraordinary lengths I had gone to detoxify and purify my body, before it veers into a long night’s journey down the rabbit hole of that party’s drug-induced debaucheries.

Last year, I was sharing a lot of my writing with Phil Soltanoff, who has directed me in a number of his theater pieces, and when he was asked to present something at the CUNY Prelude Festival, he thought it would be cool to do something with one of my stories. So we chose LA Party, and he collided the story with a very simple but compelling video technology idea that he had first played with at Mass MoCA in 2002. Phil is great at taking two things that have nothing to do with each other, and then seeing how they rub up against one another to create unexpected meanings and discoveries. In this case, six of us are involved in creating a virtual composite human being that tells you the story of LA Party. And whereas I think the story would work spoken on the radio or read on the page, it is given much greater dimension and complexity by this captivating and unnerving low-tech video concept that requires all of us as performers to acutely listen to each other.

What are the strengths of multi-media theatre works?

Phil: Technology is part of our world and part of our art. Why not? It always has been. The real question becomes what do you do with the technology? Most video in live performance puts me to sleep. Its usually attractive and impressive, but inert. So, I'm always considering the "live" interaction between the elements of video, the performers and the audience. It means, in the case of LA Party, a very lo-fi, D.I.Y. technological approach. Six performers are constantly adjusting to each other to create one video organism, a sort of video "puppet". It makes a very simple technology into a very lively experience.

David: My theatrical background is pretty eclectic; I attended NYU’s Grad Acting Program, and since then I’ve acted in a lot of Shakespeare plays, contemporary plays such as Kenny Lonergan’s This Is Our Youth, and even a musical comedy, Perfect Harmony, that I helped develop with Andrew Grosso and The Essentials. Commercially, I have acted on several television shows too (most recently CBS’s Without A Trace). One of my favorite theater experiences was remounting Edward Bond’s Saved here in New York, directed by Robert Woodruff. Now I gravitate mostly to originating new work in collaboration with other artists I admire, such as Horizon with Rinde Eckert, and all the productions I’ve done with Phil. In 2007 I performed the role of a German farmer in David Levine’s Bauerntheater. For this work I literally planted by hand and hoe a ton of potatoes on an acre and a half of East German farmland 9 hours a day over the course of a month. Most of my writing is in the vein of storytelling, and I look forward to performing more of my own work.

Phil: I've spent much time in Europe with three shows I built with CIE111 of Toulouse, France. They're hybrid works mixing theatre, dance, circus and visual art. They don't fit easily into any one category. I like that position. I sort of pursue interesting projects with interesting collaborators rather than fixing my sights on any one particular way of doing things. You can check out my work at philsoltanoff.org

What are your hopes for this production?

David: LA Party is built to tour, and we would like to perform it around the country, as well as in other countries. The show has so far had a wide appeal wherever we go. I see the show having a long run somewhere as well.