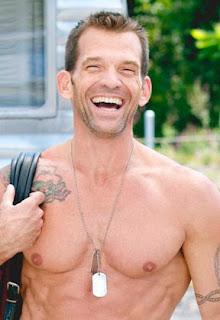 That's not to say that Canned Ham is all light and humor. Part of what led Judson on this particular path was the death of his lover from AIDS. Though it was the roughest period of his life, it led to one of his most sublime experiences on the island of Capri, one that he describes in magical detail.

As a performer, Judson is open and amusing, with an infectious, likeable grin. At times his performance lacks a certain spontaneity - that spark that makes the audience feel that they are the only ones that Judson has told these stories to - but in the long run, his personality and the stories themselves more than make up for this. He is approachable, and happy to meet his fans after the show (and, of course, to sell them merchandise - an adorable Canned Ham t-shirt). He is just as winning offstage as on.